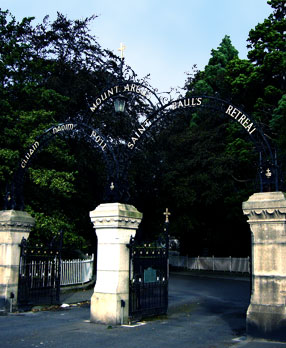 The paper publication of this book coincided with the Beatification of the man usually known as ‘Fr Charles of Mount Argus’. Born in Limburg, Holland, in 1821, John Andrew Houben entered the Passionist Novitiate in 1845, receiving the name Charles of Saint Andrew; in the official documents of the Cause this is the name we find, but for most people the name Blessed Charles is linked indissolubly with that of the monastery in which he lived for almost thirty years and in whose church his body lies: St Paul's Retreat, Mount Argus.

One of the difficulties confronting the biographer of Blessed Charles is the scarcity of information, particularly for the early years of his life as a religious and a priest. It is only in the last twenty years of his life that we find an abundance of documentation. One of his contemporaries described his life as ‘quiet and hidden for the sake of Him for whom alone he lived’; the truth of this statement is reflected in the archives of many of the houses in which he lived. This book, the content of which is taken from primary sources, reflects in its structure the material available.

My intention in writing this biography of Blessed Charles has been to allow the story to be told by those who were there: Charles himself and those who knew him. To this end, I have tied to intrude as little as possible, letting the documents speak for themselves. In the pages which follow I have spoken of our subject as Charles, rather than Blessed Charles; knowing that he used to refer to himself as Charlie, I feel sure he won’t mind.

It is my hope that the reader will be helped to see Blessed Charles as he was, a man of God seeking to do the will of God, but at the same time a human being living in a very human situation. It was my own experience that, as I came to know him better through reading the various documents, I felt drawn to him not by the extraordinary aspects of his life but simply by the love and compassion which were so clearly expressed in all his activities. I hope you will have that same experience.

I am also grateful to Sr Mary Woodall, of the Little Company of Mary, for the Appendix on the Positio super Miraculo, and to Sean Goan who read the manuscript and whose companionship and encouragement helped me to finish the job. However the one, under God, who deserves most credit for the completion of this book is Fr Oliver Kelly C.P., Vice Postulator. In the six years since we first discussed this project Father Oliver’s interest and enthusiasm were a constant inspiration. To him I am deeply grateful.

From the Web publisher:
This biography, paper-published in 1988 at the time of Father Charles’ beatification, was how I became acquainted with the life of Father Charles. Although you will find the entire text at this site, I encourage you to look for the new paper edition of the book, which will be available in bookshops in mid-2007. 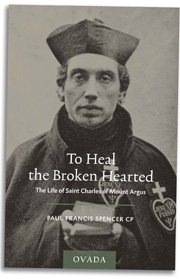 About the author:
Fr Paul Francis Spencer, C.P., is Rector of St Mungo's Church in Glasgow. From 1989 until 1996, he served as Rector of St Joseph Parish for English-speaking Catholics in Paris. Ordained in 1980, his work has included postings to India, Belfast, and Rome. He is also author of As a Seal Upon Your Heart: The Life of St Paul of the Cross, Founder of the Passionists